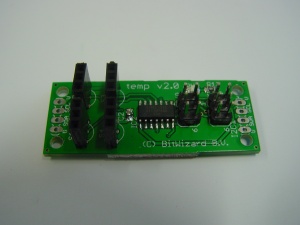 Officially electronics should easily be able to handle temperatures of say 80 degrees C, so officially it should be possible to put the whole module where you want to measure. I'd try try to avoid that situation.